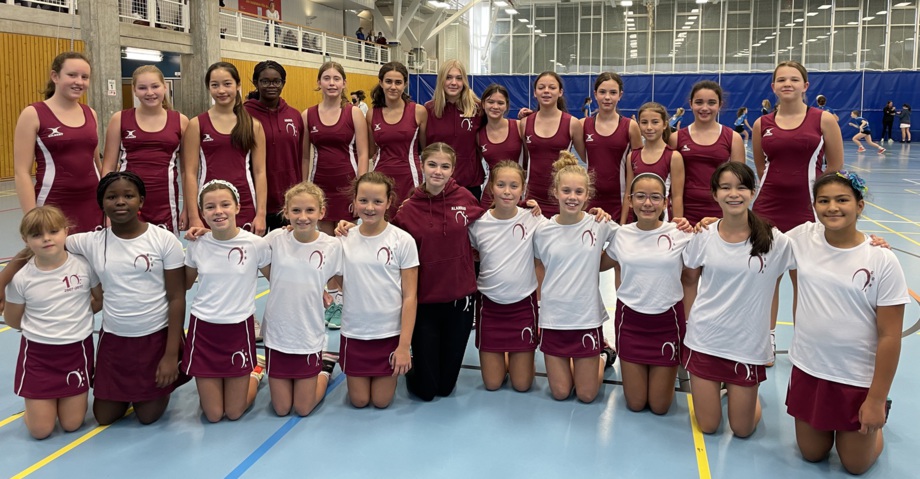 In order to support our players, our coaching staff, and help GGNA continue to grow going forward, we are delighted to announce the formation of the GGNA Committee. Its role will be to enable a formal governance structure and support the communication of the club. Meet the new members here!

I got involved with GGNA because… I want to support the players and coaches, and contribute to the club going from strength to strength for many years to come!

I got involved with GGNA because...ever since I was little, I have played team sports, but I never heard of netball until my daughter started playing a couple of years ago. I wanted to support her so started to learn about the sport and fell in love with the game myself . As with any team sport, it wasn’t just about my daughter but equally about the team and club so I got involve d to support GGNA grow & strengthen even further

I got involved with GGNA because…I was very impressed by the environment created for our girls, both very competitive and yet super friendly. I am just keen to see this adventure continue to grow and attract new crowds!

I got involved with GGNA because…I believe Netball is an excellent sport that enhances the team spirit and is based on fair play. I am happy to serve in the GGNA Committee and contribute to the success of the association!

I got involved with GGNA because… because it is a competitive sport which demands high levels of fitness and teamwork. I have played my entire life, in Australia, Thailand, England and now for Lancy Ladies in Switzerland, and I have encouraged my two girls to get involved and play the game too.

I got involved with GGNA because…I am passionate about what GGNA gives the girls, I love being part of a family environment that nurtures the girls to grow in confidence and understand & respect their role as an individual and as a team player.

I created GGNA because…back in 2007 there was no girls team sports for my daughters. I asked IIL if I could create a Netball team and the rest is history!  Team sports for girls are so important, they learn so many life skills that take them on into adult life. Inspiring the girls to achieve more than they thought possible and watching them simply enjoying running around with friends, is one of my favourite pastimes.